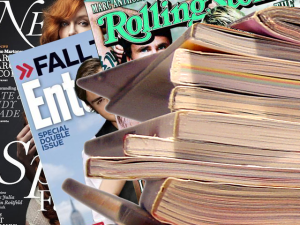 Collage by Mary LaVenture. Main photo by govicinity from stock.xchng.com

I was panicked after I was forced to shut down Roller Derby in 1973.

I had been running the Midwest and Eastern units out of  Chicago, and I drove alone from that city back to the San Francisco Bay Area.  I used to love that trip, but it was terror all the way.  I was in my forties, and all I knew what to do was to operate Roller Derby.  I had no professional skills at all (so I thought).  The Harlem Globetrotters were kind enough to offer me the opportunity to go on the road and advance the ‘Globies, but to me that was taking a huge step backwards.

I already told you how Hal, Peggy and I started BASS Tickets, and although it took years, it was becoming successful….we knew we didn’t have the money to expand to other areas, so after John Harris did his study (see earlier post), I arranged to go to Milwaukee where the annual meeting of the IAAM (arena managers) and trade show was held.  I knew many of the managers as I had rented their halls for Roller Derby.  But I went specifically to meet the new men who were taking on Ticketron with the company Ticketmaster.  I was dressed San Francisco style: a rock and roll tee shirt and jeans.  I came up to the Ticketmaster booth and was greeted by a distinguished looking man about my age who bore a striking resemblance to Tip O’Neill, the majority leader of the House.  The other man (both in nice suits and ties) was much younger, so I assumed the first gentleman was Fred Rosen….it turned out he was Bob Leonard and he directed me to Fred, who was busy talking to a prospect.  We agreed to meet later and have dinner and discuss the possible tie in of our companies.

Both Bob and Fred told me later that they had taken one look at me and thought that I couldn’t be the Jerry Seltzer they had heard about from the various building managers.  I was.

At dinner things got warmer between us; it was amazing how different we were.  Fred was a very successful attorney in New York City, who regarded Ticketmaster, a very badly run company that was on the block, to be a great opportunity.  He had met with Jay Pritzker, the head of the very successful hotel chain(Hyatt) and other companies, and said if he could raise a certain amount of money, would Jay finance it.  He did and Jay did.

Bob Leonard appeared very scholarly; he had attended Boston College and taught mathematics at Massachusetts Institute of Technology.  He became the head of one of the major corporations of ITT (Sheraton Hotels and 100 other companies), and had been persuaded to become the President of Ticketmaster.  It wasn’t until he had taken over that he realized the bad shape the company was in; that’s when Fred appeared.

We were so different, yet so entrepreneurial and all a little over the edge.

I had intended to go back and operate BASS in San Francisco, and we agreed that Hal and I would send down one of our executives to operate Los Angeles, while Fred was signing the Chicago White Sox and other leading clients.  Unfortunately, Fred decided that the person we had sent was not right for the position and he made me the following proposal:  he would come to Los Angeles for 6 months and I would too, and we would see if we could make a successful inroad.

So in March of the following year, I moved to Los Angeles to the seediest part of town;  how seedy?  The Safeway nearest to where I had the apartment featured full Pigs’ heads in the meat department.  A rare delicacy.

Lou Dickstein had come from Texas to share the apartment and to do the hard tickets for the US Festival.  Every night he would do a Kramer-like entrance to the apartment, claiming he had just eluded the Viet Cong in the hallway…..one night he said a friendly neighbor had invited us over for squirrel, and continued with other crazy stunts….a very good and funny guy.

But the initial story was the three of us (Fred, Bob and I) dividing tasks and I was in charge of creating a marketing department. Fred was looking for offices, and a temporary manager had said he had located the perfect offices.  Fred, Bob, and Lou drove to Torrance and came to this beautiful office complex.  They looked at the office, pulled back the curtain and saw the view was of an oil refinery, spewing noxious gases just a few hundred yard away.  Fred was not pleased, and we found offices on Wilshire Avenue in Korea Town.  We would meet every morning with our budding staff at 8 am and Fred would ask what everyone was doing that day.   He was a fast learn and had his own program which it took me a while to figure out.  I would call on potential clients and make a deal and bring them in.  Fred would listen, say unless they gave us their tickets on the basis he wanted, it was no deal.  One said: “but Jerry offered us a different deal”.  Fred:  “his ticket company is in San Francisco, if you want that deal, you have to go there.”

In most cases it worked, I learned not to bring in those kinds of deals.  One case:  a potential client told Fred he had decided to go with Ticketron (at the time we were selling about 300 tickets a day, Ticketron about 7000).  Fred said fine, but they would never get that deal again and not only that, but they could never come into any of his other buildings.   After they left, I reminded Fred we didn’t have any other buildings.  “I know, but we will someday”

The major meetings we usually all attended, especially when we needed the appearance of the very distinguished Bob Leonard.  Now Bob was probably the most off kilter of any of us.  We would drive down Sunset Boulevard and he would lean half his body out of the window yelling “Computerized Ticketing”.  And no, he didn’t drink.  He was also a very accomplished magician and he could amaze you for hours with his tricks.

We knew that eventually our success in Los Angeles would depend on the upcoming ticketing contract to be award by the Forum, the entertainment and sports center of the Southland.  Fred negotiated our proposal with Lou Baumeister, who handled business matters for the Forum.  A great gentleman who Fred knew would be fair.  Claire Rothman was the president of the Forum, the first woman to head a major arena and sports teams and to this day the most accomplished person in the business.   She retired a number of years ago.   It was a weekend, and Lou called Fred and asked if there was anything he wanted to change in the proposal.  He told Lou that this offer of full computerization for the Forum was figured at the best that he could do.   Lou said he would let both us and Ticketron (who had been the ticket service for years) know on Monday.

I immediately said to Fred, couldn’t you do better.  Fred, who has iron balls, looked at me and said in all negotiations, there has to be a point at which you are willing to walk away.  We got the contract.

Every night the three of us would have dinner, talk, and plan into the night and be back at the office early the next day.  It was fun for all of us.  We knew we had LA and eventually signed all the major facilities and sports teams.  The three of us then went on the road to different cities:  I stayed in New York, Orlando, Miami, and other locations, working with the managers and following the same template that we had established in Los Angeles.  The one thing that kept us all going was that it was fun, a great challenge and a great time, and we really liked the ying and yang of working with each other.

Fred had ADD worse than I do:  We would go to see the Yankees in a private box, and stay for 1 and 1/2 innings; saw the Rangers play at the Garden for half of the first period; saw Prince at the Forum for two songs;  he looked at me and I looked at him and we left and had a great meal at Mortons.

Fred changed the ticket industry and made a lot of money for a lot of  people (the Pritzkers, Paul Allen, and those who worked for him), but when new owners came in, for some reason they wanted to change things.  I left in 1993 to come back home to Northern California, my 6 months had turned into 10 years.  Fred gave me a great dinner at Chasens and we kept in touch.  Then in 1998 he left the company;  it wasn’t fun for him.  Bob had moved to San Diego and ran Ticketmaster there and was teaching at San Diego State when one day he was walking along the campus and fell over dead.  A great man and a close friend.

Fred did a lot of different things over the past 12 years and then I heard he became the US partner for Outbox, the ticketing system used by Cirque de Soleil.  And yesterday it was announced that AEG, the second largest entertainment company in America had signed an exclusive agreement with Outbox. Why are my palms getting itchy?

3 comments on “The Three Amigos” 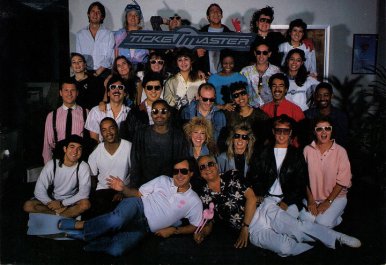 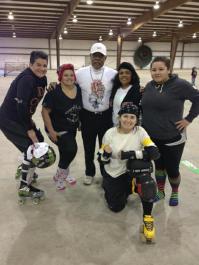 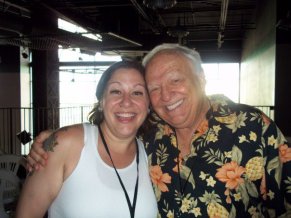 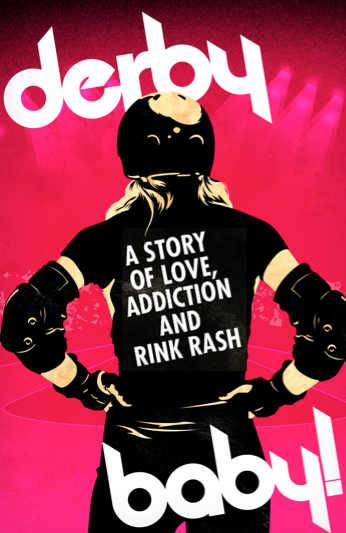 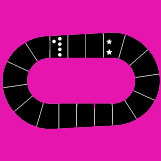 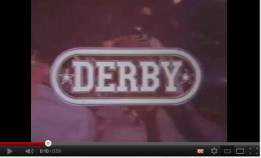 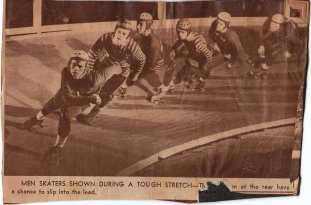 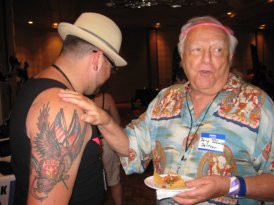 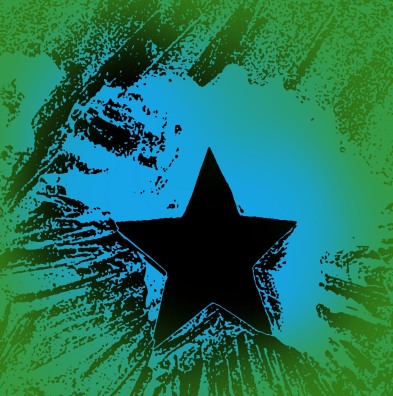 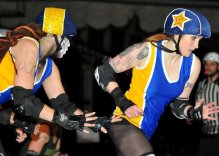 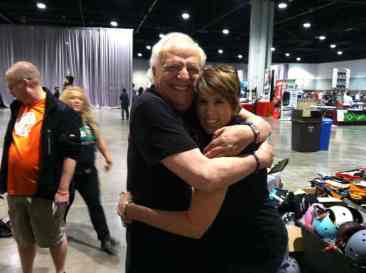 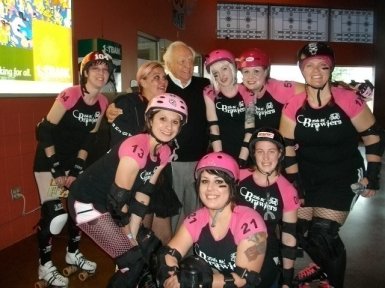 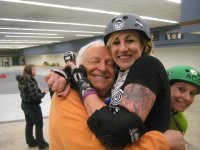 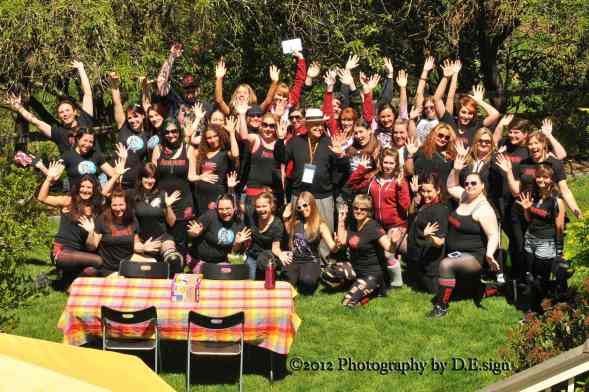