Her photo (from the book “A very Simple Game”) is on my facebook page.

What a beautiful woman, and such an influence on my life and so many others.

I met Peggy 45 years ago, she was working as a box office manager with Roller Derby as it traveled.  Leo Seltzer planned to shut it down, and I jumped in and said I would like to try to make it work, and along with Charlie O’Connell, Ann Calvello, Joan Weston and all the others came Peggy.

As today, the sale of tickets was the life blood of presenting the game to the public…..only you didn’t just throw a switch as you do with Brown Paper Tickets where you are on your way with one of the world’s leading websites, printing tickets at home or using your mobile device, social media and on and on.

These were the days of hard tickets…..no computers, none of the above.  If someone wanted to go to a game, they had to come to us on the night of the game, or call our phone number to reserve by phone – no credit cards to be taken; you showed up at the box office 30 minutes before game time and paid (we lost about 50% of our sales through reservations).  And then I complicated things by having games in different locations (San Francisco, Oakland, Sacramento, Santa Rosa, Reno, etc) and hard ticket box offices had to be set up for all.

So Peggy would get together with the rep from Hancock Ticket printers, and order ticket at least 6 weeks ahead of the events, and we would order blank sets (no dates) for the various arenas in case we would suddently add a date.  Peggy would keep track of the people writing to us for a free set of rules or they wanted to get onto the mailing list from our telecasts (watch the new showings of the games on http://www.metvnetwork.com and you will see what the viewers saw to impel them to sign up), and we had tables for mailing lists at all our games.  Peggy was in charge of making certain that we had these long lists all filed so that when a game was scheduled in these areas, we would send out post cards to those we knew were fans.  Think about that as you flit across your screen or mobile device.

Everyone was crazy about Peggy; we were like brother and sister; she knew instinctively what I wanted to do and say, and often would end up in screaming matches in the office (“don’t worry”, one of the staff would say,”mom and dad are just having a little tiff”).
She had a great sense of humor, so nothing was too far out or surprised her, and often I found out later she defended to others whatever craziness I was doing.  And as we moved into computerized ticketing after Roller Derby shut down in 1973 (we started with no money, ended with none, but never had to declare bankruptcy, all skaters and all were paid in full and they each had a nice amount in profit sharing), Peggy after the horror of sitting in front of a CRT as we called the first terminals, became adept and led the way as BASS became the first really successful independent computerized ticketing company.  And she made another great donation:  her daughters.  With no computer background Denise became our operations manager, Lorraine our phone room and other operational person, and Maggie wherever we needed her.

Perhaps the most important thing was, and she infused it in her girls and those who worked for us, there was no magic in the computer; we were there to maximize ticket sales for our clients (no matter how small), to make the ticket buyer pleased, and she created a great work environment…..can you understand why I love Brown Paper Tickets after Ticketron and Ticketmaster?

But she smoked, heavily.

And then she met Lee Brown, who was a tug boat pilot on San Francisco Bay.  And they were a great pair and settled down…however things always occurred with Peggy; one night Lee had a little bit too much to drink and had to report to work and really couldn’t drive the tug but Peggy, who had never even driven a motorboat came along and engineered and steered. I guess I shouldn’t have been surprised.

So many things….like when the Oakland Raiders first built their temporary stadium (Frank Youell field) and because everyone knew Peggy we handled their box office out of her Caddy’s trunk……so many stories….so crazy.

So her lungs finally gave out, and people who knew her from the show biz world, and the Derby world mourn her…..sorry, I celebrate her.

7 comments on “Peggy Brown…..she just added to the fun and craziness of Derby.” 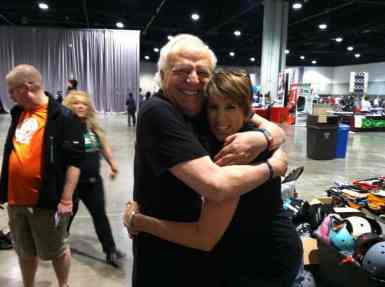 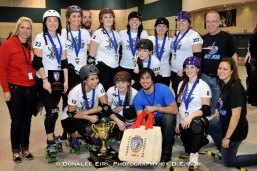 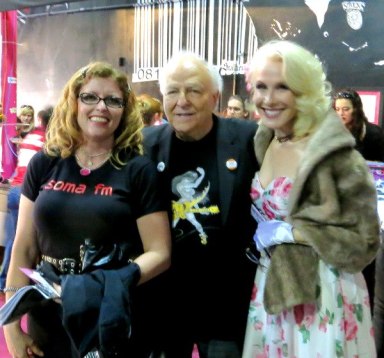