Click on link above to see short trailer for the film Derby.

I backed and produced this film in 1971, hoping to make a film all the Derby fans and skaters would like…..well it turned out to be an art film about America at that time that played 6 film festivals (from San Francisco to Dallas to Atlanta to Toronto to London, and was judged best films at most) and was loved by all major film critics, but the skaters and fans didn’t care much for it at all.

I am very proud of it….it was a groundbreaking cinema verite 40 years ago, and Roger Ebert gave it 4 stars, and it was considered one of the ten best films of the year by most critics, but didn’t do well at the box office, which was not unusual for documentaries at this time. Because one of the Today show personalities loved it so much, in the late 90s I was on Today talking about it and the revival of Rollerjam.

40 years later we have “Derby Baby”…..two very different approaches to the game.

Some times you can’t put a monetary value on what you do that you like. I think one of my favorite reviews was by Sports Illustrated: (to paraphrase) “It is amazing that this is the first sports film about a suspect sport that is so honest. If you loved “The Knute Rockne Story” (a fabricated film about the legendary Notre Dame coach), then you will hate “Derby”.

It is available at Amazon; I have fresh VHS copies…..great Roller Derby action, but not really a Derby film. Remember if you watch it, it wasn’t scripted and the lighting and dialog is not always the best.

About 3 years ago I heard from Michella (now Phd Dr Marino) that she was doing her dissertation on Roller Derby, the sport she was taking up. And in July of 2011 she with her sister Erin made the trek to Sonoma to listen and learn at the feet of the Commissioner. And in the past three years she met with many of the old and Modern Roller Derby.

Well now Michella is teaching at Hastings college in Nebraska and in just a few weeks will offer the first college credit course anywhere on the game From January 6 through January 24 the subject will be History 266,”Hell on Wheels: skating through modern Amercan History.” And on January 9 the subject will be the sport from 1959 to 1973 “The Jerry Seltzer Reign and Fandom” and the class will get to see and hear me via skype. I bet if I had asked Steve Butcher (my boss at Brown Paper Tickets) he would have sent me a bus ticket, but what the hell.

All of these years I have built this reputation as a maverick in Roller Derby,NHL, Ticketing, Film Festivals and Hookers Balls (see elsewhere on this blog), associating with Hells Angels and Frank Deford, and this woman is trying to legitimize me. Well, I won’t let it happen. No matter what the result of this class, I will still be the same carefree bon vivant trying to convince all of you that what I learned about gorilla marketing from Roller Derby and Ticketmaster is available to all leagues FREE with Brown Paper Tickets (along with their amazing free services: jerry@brownpapertickets.com)

If you are near Hastings (and there is not a helluva lot to do in January in Nebraska) see if you can get in or audit Michella’s course…..It goes all the way through modern Derby……maybe Steve will still send me the bus ticket. 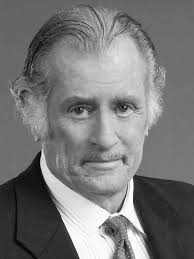 a podcast!   by a professional podcaster well-known in the industry…..learn about ticketing, Roller Derby, a lot of stuff you didn’t know and I probably didn’t either…..well, I think it’s fascinating.