Once rehearsals were ended for Dylan and company for the Rolling Thunder Revue, my job began.

It was determined ahead of time that no venue over 3000 seats would be booked on the tour, and some more would be added as it went along, kind of like traveling troubadors  going from town to town.  The first concert was going to be in Plymouth Mass, the home of the famous Plymouth rock where the Pilgrims first landed.   The auditorium was a little over two thousand seats, all tickets were general admission and not very expensive.

My crew and I had handbills on which we printed the particulars of the concert which was scheduled for the following night…no ads, no promotion.  As we walked through the legendary town we stopped people and handed them the handbills.  One lady who was pushing a baby stroller looked at the piece and threw it back to me “Who the f— are you trying to kid?  Dylan in this town tomorrow and we haven’t heard about it on the radio?”

We immediately realized we were up against a major problem….even Springsteen does not just show up and play unannounced.  I was under strict orders not to let any media know about the events, and the building managers were told if any word got out the dates would be cancelled.  At this point I through this was the craziest thing I had ever been associated with.   So of course I called a radio station in Boston with a rock and roll format and said I lived in Plymouth and people were handing out handbills saying Dylan, Baez et al were performing the next night in Plymouth.  Well the word got out, we put tickets on sale at the building box office next morning, and the show sold out that night.

That show was the first time I was able to hear Dylan in concert; without trying he had the audience enthralled.  You could tell that he and Joan were happy to be performing together again and the rest of the show picked up the energy.  I was only able to see a couple of the nights of the tour as I was always out in advance but they were playing in small venues and the audience could reach out and almost touch them made me think they were playing clubs.

The subsequent dates became easier because obviously people were aware that the shows were for real.   We would show up, pass out some handbills in the cities, put tickets on sale the next day at the venue box office and then move on to our next city.

My younger son Richard who was 12 at the time had a vacation, so he flew into Hartford and I met him and he joined us.  We had a couple of days clear, so we met with the whole traveling party.  Joan Baez immediately became friends with Richard and told the members of the press who wanted to interview her that Richard was her bodyguard.  He also got to watch over the Dylan dog, an untrainable beagle.

After 10 days Richard had to go back to school and I had my longest conversation with Dylan; his son was joining the group shortly and was about Richard’s age and asked if he could stay longer.  Unfortunately  he couldn’t, so we never knew if my son could have eventually joined Jakob’s band The Wallflowers.  (My other son, Steve, played lead guitar in Sascha and Yuri, the first Russian  Rock and Roll band to play in the US.  They weren’t bad, featured on Walter Cronkite and other national media.  Unfortunately the Russians hated each other.   This was my first and only attempt and managing a band).

At the same time of the tour, Dylan employed the whole revue in a movie he was shooting in the daytime or after the show called “Renaldo and Clara”. I don’t know if it is still available, but the only scene I was in was when we were handing out handbills and announcing the date the next day at the University in Storrs Connecticut and we were rushing through all the dorms at night with the cameras following us.  Unfortunately, I never saw the film or my memorable scene.

Another night the performers had been invited to a house where a colonial pageant was being staged for them.   I was hanging out in front by the gate with security when some young women came up to us and volunteered to perform some unusual acts on us if they could get in…..We didn’t let them and I thought this is certainly different than Roller Derby.

We became aware that the tour was losing money so suddenly the decision was made to go into larger venues such as the Providence Civic Center, a building I rented for Roller Derby.  My phone calls were now going to many different stations.  I don’t know if Dylan or Barry Imhoff knew about them at this point, but I don’t think it would have made much difference to them.  Dylan became very involved with the unjust incarceration of Hurricane Carter, the prize fighter who many felt had been framed and jailed in New Jersey.  He wrote and performed “Hurricane” at one of the concerts and then went to New Jersey to try and visit him.

My six weeks were up and they wanted me to continue; Madison Square Garden  (another of my Derby venues) had been booked as well as buildings in the south, but Hal and Bill Graham would have  killed me if I didn’t come back.  I was able to get them someone to take my place and I returned to the Bay Area.

After that tour, I was very careful just to stay with ticketing and never get too close to the performers or those associated with them…I had had a great experience touring but realized that I never wanted to get in the middle between the arenas, theatres, and promoters who were my clients and the acts they brought in. 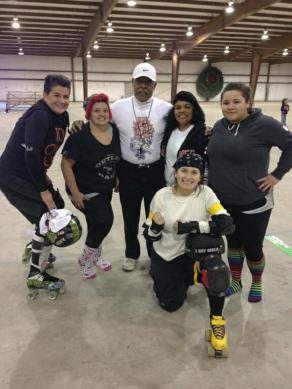 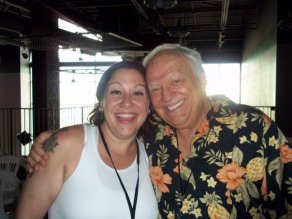