It really was wonderful in Sacramento last night…..Actually I got there early and sat in front of the auditorium, a building that was built in 1926 and is just perfect for the game.

Although I had been in town for the western regionals in 2010, last night took me back to the 60’s and 70’s when we used to play there twice a month; one of our first “road trips” that eventually extended all of the US, Canada, and Mexico.  I spoke to one of the ushers who was working there for the first time when there was modern Derby.  It turned out that he had been on staff sometime in the 60’s and “I was surprised to see they are skating on a flat track tonight;  I just thought it would be banked track.”

There were a group of fans sitting in front of the building, enjoying the fall warmth of a Sacramento evening.  I took a short walk around the downtown area which has developed into a nice cluster of restaurants and cafes, and I saw so many young people and wondered if they would come to the games.  And in one of those surreal moments, around the people walking and on bikes, there was some kind of personal appearance going on with some of the Sacramento Kings out on the sidewalk, standing at least a foot and a half taller than those around them.  I would love to see them skate.

And that of course took me back to the time before the AFL and NFL merged, and we had games scheduled with the 49ers and Raiders.  At that time they did what they wanted between seasons and both had already formed basketball teams.  They weren’t paid much and looked for extra income.  The game (12 minutes at halftime of the scheduled Bomber game at the Cow Palace) was a riot…in their football uniforms and on skates.  I can’t remember who won, but Joe Perry was great, and Frank Morze, a 300-pound lineman) got blocked into the rail and just took it out. After repairs, the “game” finished.  I went to the locker room and paid them ($50 each), and saw Hugh Mcelhenny, one of the greatest running backs ever, with his jersey off.  One of  his teammates asked him why all the scratches on his back:  “I was out with Calvello last night”.  I think  he was kidding.

Meanwhile, back at the auditorium, members of Sacred City were doing warm ups outside;  I thought they were working so hard at it and hoped they had energy left for their game.

The doors opened and we went inside.  As I said before, it is a perfect building for Derby, and is the new “home court” for Sacred City. It is horseshoe-shaped, with a stage at the open end, a mult-purpose building; two balconies accounting for about 2000 of the 3200 seats.  And just as I remembered, it was a noise factory.

The fans mingled with the players, and there was such enthusiasm and good feelings.  It actually reminded me more of a sports event at a high school where people are so open to what is happening.

I sat in back at the peak of the horseshoe in the Resurrection area…..Quite a number of fans had journeyed the two-hour trip from Sonoma County.

I heard one of the best a capella versions of the Star Spangled banner ever; and I neglected to find out who the singer was…..like so many involved with this all-volunteer game, talent abounds in those who devote the time and effort required to skate, ref, announce, etc, that so few understand.  The fans had paid their $20 and just wanted to be entertained.

And that they were, although both games were one-sided.  Resurrection was too much for the B squad from Sacramento, although the effort, speed  and blocking were there for both teams from start to finish.  And the fans screamed. One jammer from Sacred who was tiny, seemed to be knocked down on every play by the bigger blockers from Sonoma, but she never stopped, and her efforts were appreciated by the roars of approval.  Actually, she was one helluva skater and got her share of points.

The BAD girls, as expected, dominated Sacred City.  After all, they have qualified for the Championships and are my secret favorite to finish high up.

All three leagues have earned honors  in the past few weeks:  BAD going to Atlanta, Resurrection to the USARS tourney in Fresno, and Sacred City being selected as Sacramento’s favorite sports team!

I always remember Sacramento as being a great town for sports, and I saw it last night: a perfect mesh of fans and Roller Derby.

I don’t think  their next home game is until March…..if you are near our state capital then, drop by and let the cheers overwhelm you.

Yesterday was the final day of the Western Regional Championships in Sacramento for the WFTDA.

To make it extremely deja vu-ish is that it was held at the Sacramento Memorial Auditorium, a venue that we used for Roller Derby some 50 years ago!  There are two other arenas the Derby Girls use that I know we skated in:  The Coliseum in Phoenix and the Gardens in Cincinnati, but I haven’t seen any of those matches yet – there are some 400 or so leagues in the US alone and I don’t think I can make all of them.

Anyway, many of the games I had seen in the last few years were definitely one-sided – some with scores like 230 to 87.  At the regionals you get the best teams in the region and they have all been seeded, so yesterday’s two final games were four teams competing for three places at the WFTDA National finals in Chicago in November.  The Bay Area Derby girls won the third place game against Portland, so in the final match of the tournament the undefeated Oly rollers (22 straight wins) against the second seeded Rocky Mountain Roller Girls from Denver.

Roller Derby has a simple premise:  two teams of 5 skaters compete against each other; the object is for the jammer(s) to break away from the “pack”, circle the track and for each member of the opposing team she (or he) passes, she is awarded a point.  Two teams may jam at the same time so you have to play offense and defense on the same play.  Currently, there is a two-minute time limit on the jam.  They play two halves of 30 minutes to comprise a game.

Several things were apparent that I had not seen before:  the conditioning of the athletes, the legal viciousness of the blocking, and the complete comprehension of the complexities of the game (say that fast!).  If you think it is easy to try to block the opposing jammer from getting out of the pack while blocking the other team’s blockers who are trying to keep your jammer from flying out while you each are trying to open holes in the pack, you should just try a little Roller Derby.

And both teams did it play after play, knocking each other to the floor, bouncing back up, punishing the jammers when they broke loose and when they hit the pack from behind;  it went on for the entire sixty minutes.  And these were women who were playing this so very difficult and bruising game.  No dull spots, no backing down, very few very high point jams and the players had to always be aware of the other skaters and to call off the plays almost immediately after coming into the pack;  more placing hands on the hips (signal from lead jammer to end the play) with no score or just 1 point than in any match I had seen.

Obviously the players got tired, but they didn’t complain – not did they yell and scream at the tremendous amount of penalties that often change the flow of the game.  And when the game was over and Rocky Mountain had ended the 22-game win streak, there was no sulking by the losers.  I watched carefully as they congratulated the winning team and showed such amazing sportsmanship.

At this point I had so many different thoughts:  I wished my father had been able to see this amazing match and how his dream of legitimacy in Roller Derby had proved itself.  I was so proud that I had been invited and was handling out the medals to the participants.

It is so tough to judge the different teams in the different regions……whether the New York Gotham Girls or a team from the Southeast or Texas or anywhere else will be able to beat either of these teams.  The important thing is how the game has progressed.  There was no criticism of the skating outfits (nice uniforms) or of any of the things that old time Roller Derby fans complain about.

These are serious athletes whose time has come.  Watch out America and the world.  It is not important if you take them seriously or not, I repeat:  they are not going away.  I hope those of you who can will show up at the University of Illinois Chicago Pavilion in November to see the most exciting women’s sport there is as the top teams in the WFTDA compete for the National Championship.  And it happens to be in the city the sport was born three-quarters of a century ago.  I will be there.

To subscribe and get these blogs by email, please put your email address in the box in the upper right portion of this page. 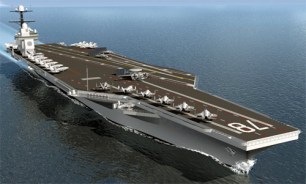 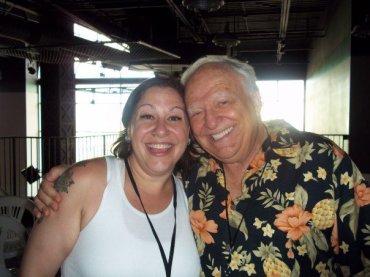